Surviving the First Semester of Nursing School – difficult or easy? 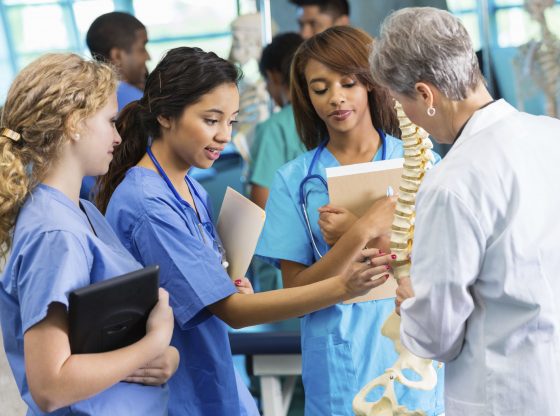 I knew pursuing my BSN was going to be difficult when I applied to the school of my choice. I had heard stories from other students and nurses. Honestly, I don’t think any amount of research or advice could have prepared me for my first semester. Many kids have asked the question that how to become a certified nursing assistant? After the schooling, the kid can apply for the practice test to get admission in the Nursing Home.

In hindsight, my first thought was, “Oh my God, what did I do to myself?” You may be thinking I am exaggerating but I am quite certain there are many students in my cohort who will agree with me. Nothing could have prepared me for the next step in my educational endeavors.

My first week was met with several professors lecturing on how instrumental keeping up with the reading was for my success in the program. I diligently tried to squeeze in daily reading before class, after class, in the middle of the night, at the library, at home, in my car-you name it, I tried it. I found that the reading assigned was an average of approximately twelve chapters a week. Try as I might, I soon found that my diligence was met with impossibility.

In addition, I found that I was a mediocre 4.0 student in a sea of overachievers. I learned to embrace the fact that mediocrity in that company was exemplary. Many of my professors admitted that most students did not keep that prestigious grade point average in nursing school. “That will never be me,” I thought. I thought wrong. The grading scale as I knew it from grade school to present was now altered. Anything less than a 75 average, a mediocre “C”, constituted failure. The criteria for a “B” and “C” were cut down substantially. But, that didn’t worry me. After all, I was an overachiever.

Then, the unthinkable happened, my first failure. It wasn’t a marginal failure, it was a big failure. I had been blind sighted by a different method of testing. It was no longer beneficial to memorize content and regurgitate it on exams-those days were over. In many instances, all of the multiple choice answers were correct. The difference was I had to pick the one that was most correct.

My first clinical day in a long term care setting was unnerving. As I ventured out of my comfort zone and began to assist patients, something in me began to let go of the uncertainty. Instead, I began to embrace just how important my chosen career truly is. Helping people at their worst while striving to be my best became rewarding. At the end of the day, I was exhausted but fulfilled.

In the coming weeks, I learned that sleep was overrated and I felt guilty doing anything other than studying. I scheduled appointments with professors to gain critical insight on how to reprogram my test taking abilities and manage the work load. Most importantly, I found a new sisterhood (and a few brothers, too) of students who were in the same boat. I began to look to my fellow cohort members for support, ideas, study groups and friendship. I found that a lot of my feelings, uncertainties, and failures were experienced by others. I learned that reaching out for assistance, although it was a new concept for me academically, was the most instrumental thing I did that contributed to my survival. In the end, I achieved higher than mediocrity in a sea of overachievers. I also learned a new phrase that helped me through it all: C=Career.

Photography Tips: How to Hide the Ear Flaws of Your Subjects
How to Determine a Selling Price for Your “For Sale by Owner” Home