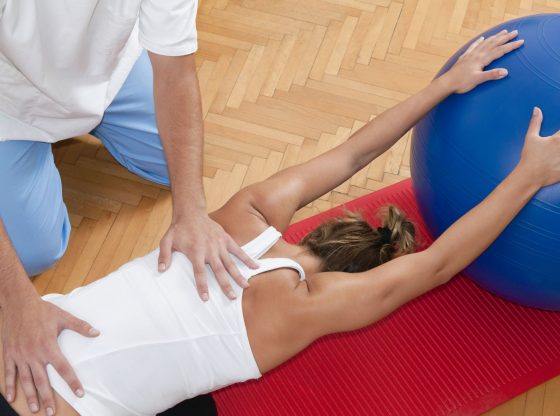 Scoliosis is the abnormal curvature of the spine. Most children are tested for it during middle school.

The cause of scoliosis is unknown but may in some cases be hereditary as it seems to run in families. It is known that it is not caused by bad posture, the use of a backpack or by poor diet and exercise.

The normal spine appears straight when viewed from the back and as an S when viewed from the side. The upper back curves slightly outward and the lower back curves slightly inward. In patients with scoliosis, the spine is somehow curved differently, usually changing the appearance from the back to be curved rather than straight. In severe scoliosis, the spine as well as curving to the side may also rotate or twist.

It is important to see the doctor at the first sign of scoliosis to be sure that any treatment necessary can take place as soon as possible and be more effective and simpler. Also, scoliosis can cause severe complications that include injury to the lungs and heart. If your family has a history of scoliosis it is recommended to have your child examined by a doctor between the ages of 10 and 15, especially if the child’s school does not provide screening for scoliosis. There are credible spine doctor NJ that you can get in touch with as you find any symptom of scoliosis in any of your family members. With an early treatment is important to prevent scoliosis from becoming worse.

The treatment of scoliosis is decided based on a number of factors including a child’s age and maturity, sex, family history, curve size on X-ray and the estimated future growth of the child. Each treatment is decided on a case by case basis. Most children have a curve of fewer than 20 degrees. In these cases surgery and/or a brace is unnecessary. The most likely course of action for minor scoliosis is a few weeks of going to physical therapy once a week to learn the exercises needed to manage scoliosis. These exercises tend to build up the muscles around the spine, preventing it from curving any further. The exercises also help eliminate any back pain the child may suffer from.

Braces are usually recommended for children with a spine curved at 25 to 40 degrees. It is normally only used for those who are still growing. It doesn’t reserve the curvature or cure scoliosis but if worn properly will prevent any further curving of the spine. Once a child has stopped growing and the skeleton is mature a brace is useless.

Surgery is only recommended for scoliosis if the curve is greater then 40 or 50 degrees. It is a complicated surgery that lasts for several hours. The patient is placed under anesthesia and an incision is made in the middle of the back. Scoliosis surgery mainly consists of doctors fusing the vertebrae of the spine together. This prevents further curving of the spine. The implants (wires, screws, metal rods, hooks) attached to the spine during this surgery may also apply force to the spine causing it to straighten. Surgery is the only way to reverse the effects of scoliosis. Other treatments only prevent further curvature. Recovery includes 5 to 7 days in the hospital and several months of restricted movements and activities. Complications include bleeding infection, nerve damage, and failure of the bone to heal. If the first surgery fails another one will be needed but this is an extremely rare occurrence.

There is no way to prevent scoliosis because it is not caused by anything we have control over.