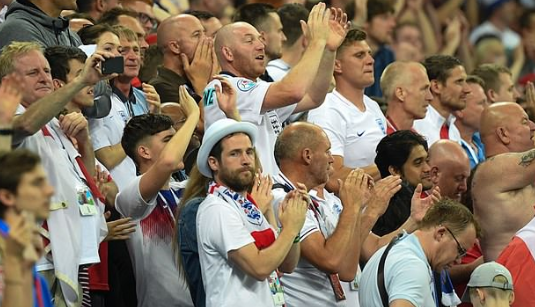 I graduated from BYU, and I enjoy watching BYU sports. I am not from Utah, but I figure it’s good to root for your alma mater, and except for a few recent years, BYU typically fields a decent team in most sports. This year was a humdinger as the football team brought back some fun from the glory days. That is about the extent of my sports enthusiasm. I just don’t get into the extreme side of sports rivalries. Sure, I understand it sells tickets, and a little fun banter is well and good – but to the point of actually literally hating someone with a passion that supports the opposing team just doesn’t make sense to me.

A little history is in order. I used to love playing sports…until I blew out my knee repeatedly and my orthopedic advised me to quit or get a new knee in a couple of years. It was a crushing blow to me. I used to play basketball 3-5 days a week, and now I was relegated to a rousing game of golf. Golf isn’t so bad, but you get the idea. A major lifestyle change was forced upon me. I am competitive by nature, and it doesn’t take much to get my blood pressure rising, so keeping it in check has been a lifelong effort on my part. With the removal of playing most sports, I enjoy from my life, the competitive side hasn’t gone away. I am all for a competitive match – foosball is the drug of choice in the office these days. It frustrates me to no end that I am the worst in the office at it by the way.

Back in the college days, I showed up to every home game of every sport I could make time for, especially football, basketball and volleyball matches. I couldn’t get enough of them. I’d show up the next day with a hoarse voice and a smile on my face, win or lose. Never painted myself blue and white, but I brought signs and props to some games, I was into it. I didn’t boo the other team though. I didn’t shout obscenities as they took the field. I have a sense of sportsmanship, and I have a little perspective in life. I have met and known many that have no sense of that perspective. I have had the opportunity to be on the sidelines for a few different teams as staff, photographer, etc. and the things I have heard and seen shouted at the visiting team would astound you.
I just don’t tie my self-image to winning at things like that. I am no fun for those that want to hit you up on Monday to tell you how much you suck, how your team sucks, and generally berate the worth of anyone supporting your team because their’s happened to win this year. I just don’t take the bait. My favorite thing is to actually pick out something good to say about a player on their team and talk about his merits; nothing diffuses an attempted heckler like complimenting their team.

I have a neighbor that graduated from the in-state rival (University of Utah), and I have to say he handles the rivalry thing with a lot of fun and tongue in cheek. I enjoy it. He definitely roots for his team, but he is the type to pull pranks, jeera little, but take defeat gracefully as well. That to me is fun. Being that he is outnumbered 10 to 1 with the neighbors on which side of the rivalry they fall on, this is probably a good practice. This year he snuck around the night before the big game and used cement chalk to draw big “U”s in the driveways of all the “Y” fans. Everyone was surprised but had a great laugh over it. Needless to say, his house was plastered with “Y”s after BYU came out ahead in the last seconds of the game.

Love your school/team/whatever, just realize there is more to life than that big game each year. Have fun with it, just keep it in the realm of reality.

Apostasy Not
Did You Know That Your Smell Can Reveal Your Age?