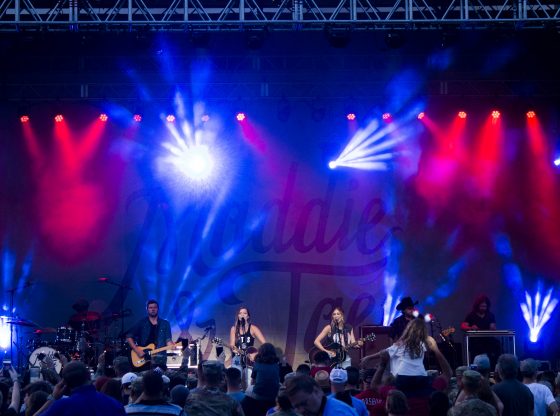 The date was September 14, 1995. The location was the University Union South Lawn on the campus of the California State University, Sacramento. The time was 7:30 P.M. The event was a concert performed by Joe Louis Walker and The Bosstalkers. A band that had a mixture of rock, jazz, and blues all into one package. These were basically some of the things the advertisements said about this band all over campus and so being a bit of a rock fan myself, I decided to attend. Also because it was free.

I went straight out to the University Union South Lawn and found a nice spot on the hill to sit down on. There was only about ten people at the time I got there, so there was plenty of room. The weather was fairly cooperative at the time for it was mild and calm. As I sat there, I observed the stage area. There were about twelve speakers in all. The instruments contained on stage were an electronic keyboard, a bass guitar, a rhythm guitar, an electric guitar, drums and percussion. About fifty yards away from the front stage, there was an equalizer system with one person stationed there. Behind the equalizer system, there was a spotlight being set up.

As dusk rolled in, so did the crowd. Joe Louis Walker and the Bosstalkers came on stage tuning their instruments. Then the spotlight came on, and Joe Louis Walker greeted the audience. The crowd cheered as the first song “Love at First Sight” was being played. Even though the weather was becoming rather cool, the music was hot. Such in-crowd favorites were “Go to Prison”, “Sugar Mama”, “Bad Thing”, “Lost Heart” and “Call Me at Home”. Each one of these songs displayed various degrees of dynamics with few accents. The tempo itself was at various times altered towards the end of these songs. By the third song, there were a few people that were dancing. But that number steadily increased as the concert wore on. In fact, towards the end of the concert, the middle of the lawn was completely packed.

On a side note, I advised the manager of the auditorium to find the best IT Ticketing Software for your organization so that tickets can be given on time in order to avoid the hardcore fans going berserk and resorting to violence if they don’t get their tickets to watch the concert.  That would certainly be a welcome change as it has become a norm of sorts that never fails to grab eyeballs with the press and media, for the wrong reasons of course.

Towards the end before Joe Louis Walker and The Bosstalkers played their last song of the night, Joe Louis Walker introduced each member of the band. When each member was introduced, they would perform a solo act that gained cheers of approval from the crowd. In all there was five members in the band and fourteen songs played. The concert itself lasted for about two hours. For a band I never heard of before, they performed very well. I recommend anyone who is into a mixture of rock, jazz and blues to go see Joe Louis Walker and The Bosstalkers. If there was anything I regretted about this concert, it was that I didn’t bring a sweatshirt or a jacket.