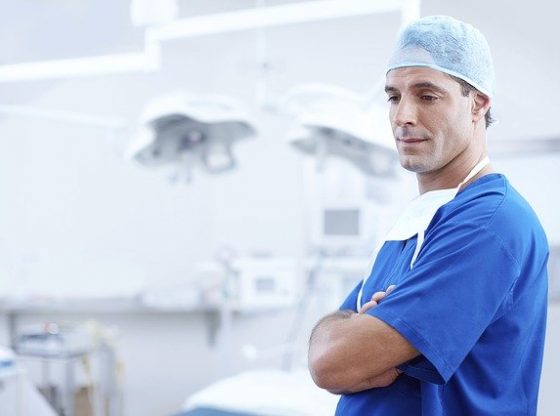 A few months ago, an online acquaintance posted on a message board that she was planning to travel to Mexico for LapBand surgery. When some other posters expressed amazement at her bravery for having a medical procedure done in a country known for “Montezuma’s Revenge”, my friend explained that she was going to Mexico for a couple of good reasons. First and foremost, LapBand surgery in Mexico costs a third of what it does in the United States. The doctor who performed my acquaintance’s surgery did it for $8,000 all inclusive and even offered financing. Secondly, the Mexican doctor had been trained in the United States and had a lot of experience performing LapBand and gastric bypass surgeries. My acquaintance was certain that she would be in good hands. She had the surgery in March and within just a couple of months, was already down 37 pounds and 3 pants sizes.

I was amazed by that story, but then a couple of weeks ago, while I was in the waiting room at the dentist’s office, I read an article in People magazine about people who were traveling to India for heart surgery. They got their surgeries done at bargain basement prices by U.S. trained Indian physicians, then enjoyed a restful recovery either in the hospital or at a specially equipped hotel. Some people also did some sightseeing while they were in India. The people quoted in the article couldn’t say enough positive things about their experiences with getting medical care abroad. Not only was it a cheaper option for them, even considering the airfare and the hotel bills, but the patients were pampered by the staff. They weren’t kicked out of the hospital just days after their procedures in an effort to save an insurance company’s money.

And then this morning, I read “Medical tourism agencies take operations overseas”, an article dated August 3rd on CNNMoney.com about how outsourcing health care is becoming a big business for Americans, too. Over the past couple of years, American companies have become middlemen between American consumers and hospitals overseas. These companies arrange everything for American consumers who want to go overseas for their healthcare. They negotiate pricing with hospitals, book flights and hotel rooms, and even set up sightseeing tours for their American customers. According to the article, these companies are even cheap to operate. Apparently, anyone can run a medical tourism business. Currently, there are no licensing requirements either in the United States or abroad and cheap access to the Internet helps keep operating costs low. Business is booming, both for the American entrepreneurs and the overseas hospitals.

Medical tourism is no child’s play as the expenses involved for overseas travel is quite a lot and many hospitals may not be able to afford it but that is a discussion for another day. In the present scenario, it is a welcome prospect that overseas travel has been finally legalized for medical purposes as it will help ailing patients with emergency cases travel to other countries for better facilities that may not be there in USA and medical practice marketing will become a booming business for the benefit of mankind and will go down in history as a revolutionary step.

The buzz about medical tourism sure has me intrigued. But I also wonder what affect will this trend have on the American healthcare system. How long will it take before American doctors and hospitals start to complain that all of their patients are seeking medical care elsewhere and their bottom lines are being affected? How long will it take before there’s a malpractice incident abroad that prompts international governments to start regulating the medical tourism business? It might not even take a malpractice incident. Perhaps a politician will home in on the fact that there’s revenue to be made by charging fees for licenses and requiring government approved training and oversight. Of course, politics can also push the medical tourism business the other way. According to the CNN article, one politician in West Virginia has already tackled medical tourism by pushing a bill that would provide incentives for state employees if they got their more expensive medical treatment done overseas. I can understand a private company pushing incentives for overseas medical care, but it really makes a statement when the government does it!

I also wonder when medical tourism will start to threaten the American health care system’s bottom line so much that it starts restricting training for foreign born health care providers. When will the drug and insurance lobbyists start to become alarmed about their shrinking bottom lines when medical tourism is no longer such a cutting edge idea? Will medical tourism force American healthcare providers to lower their prices in order to compete with global healthcare providers? Right now, part of the reason why American medical care costs so much is because Americans tend to be very litigious. Doctors and hospitals have to pay insurance companies to protect themselves from malpractice lawsuits. But if a significant number of Americans start getting their healthcare abroad, perhaps there won’t be as many malpractice suits in the United States. Does that mean American provided medical care will finally start to become more cost effective, or will it mean that lawyers and lobbyists will start coming up with ways to keep American patients at home?

There will always be people who won’t want to fly to other countries to get their medical care. My mother, for instance, has traveled all over the world, but thanks to terrorism, worldwide public health scares, and the hassles of flying, I doubt she’d want to jet off to eastern Europe for dental work or Asia for hip replacement surgery. Political unrest is a constant threat to this new burgeoning business, as is malpractice. All it will take is one tragic incident and the medical tourism business will suffer a devastating blow. Still, all this talk about getting medical care abroad has got me thinking about LapBand surgery in Mexico and dental work in central Europe and saying to myself “Why not?”

How To Play Connect 4 Game? Is It Fun?
How Do You Know What Your Lady is Feeling?