Ethereum Blockchain vs. Bitcoin Blockchain – An Unbiased View On Both Angles

Home /Guide/Ethereum Blockchain vs. Bitcoin Blockchain – An Unbiased View On Both Angles 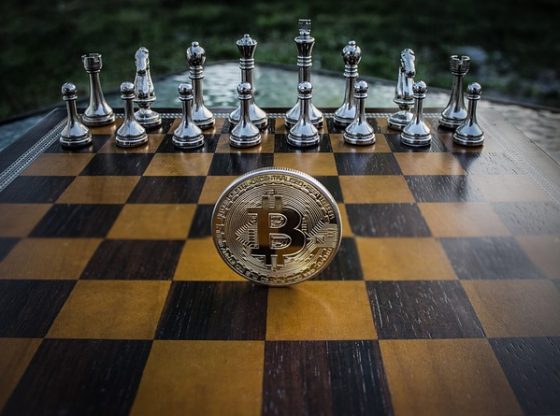 Bitcoin and Ethereum are two royalties in the cryptocurrency world. Every crypto enthusiast knows how popular these two cryptocurrencies are.

Bitcoin Dieses Werbeversprechen purely functions as digital cash in the crypto world without seeking any permission from governments or bank. There is no need for a middleman here. Bitcoin’s blockchain does not really care whether transactions are made by a machine or humans as every block is validated by miners.

There are thousands of Bitcoin nodes or miners that can verify the accuracy and legitimacy of every payment transactions without any third party intermediaries. The Bitcoin blockchain operates as a digital currency or money that remains uncensored.

Similar to Bitcoin’s blockchain, Ethereum works just like money and can also handle financial transactions but this has more in store for its clients. There is a plus factor that goes with ETH. Anything shiny is worth investigating. What problems necessitated the new development? Is there a need for Ethereum with Bitcoin around?

Ethereum isn’t just another digital money or another blockchain. It’s a platform. Underneath the layers is a blockchain that you can build new applications with. These applications are run by intuitive programming logic that are secure and without any downtime. There are ground rules set for Ethereum use.

The Ethereum platform or network is made of different nodes or computers that are connected over the internet. It’s comparable to a highway system which has rules to follow in order to power up new exchanges, applications, and businesses. But unlike a standard highway network, the Ethereum blockchain has no central authority.

When building a software application, a developer must carefully choose their tools to write a code. The programming language needs to be developer-friendly so one can focus on the results or end product rather than spending incredulous time trying to map out how to use. This helps developers optimize codes. One important tool is loops. This is what essentially makes the computer run a code simultaneously so everything just roons in loops and you don’t have to write the code down over and over again. This is how you make complex algorithms run seamlessly on any platform.

These loops are what make Ethereum different but the Bitcoin Blockchain. Bitcoin’s scripting or programming language does not however support the loop feature.

With Bitcoin’s current programming language, it would be really hard to develop dynamic applications when you are having difficulty writing and running codes. This is the reason why there are application built of the Bitcoin blockchain.

Looking at the framework of Ethereum, Bitcoin blockchain really has to put more neurons into improving the structural oddities that make the king of cryptocurrency less user-friendly. The actual makeup of Bitcoin blockchain makes it entirely complicated to create new applications on top of it. This is primarily what led to the development of Ethereum.

With the Bitcoin blockchain, your cold wallet really doesn’t have any bitcoins on it. In it are transaction records or outputs that you have received from someone. These unspent amounts of transaction outputs are also coined as UTXOs. The problem with this is that the programming language of Bitcoin is value-blind which means you have no full control over the amounts of BTC that you can withdraw.

This is where Ethereum comes into the picture in the effort to make things easier to digest for developers and users alike. The fast adoption of the Ethereum blockchain further explains how captivating it has become for those who are looking for a blockchain that they can easily relate to and can get more creative with in running their businesses.

Looking at Both Blockchain Techonologies

Blockchain technologies are disruptive in the sense that it makes things and life in general easy and non-trivial. In order to enhance the power of blockchains in building the future of economies, it’s the regular programmers that actually make that happen or build new applications on top of it. The challenge with most developers is that most blockchain platforms really have pain points when it comes to developing apps. This is why Ethereum was created in the first place.

Vitaliks Buterin’s White Paper on Ethereum explains the mechanics of how the platform works and its potential in building the future of money and economies.

Ethereum differs from Bitcoin mainly because it’s not just focused on money transfers but so much so much more which includes making Dapps and executing smart contracts. It’s actually dubbed as programmable money which holds a lot of potential for individuals and businesses. These transactions can all be done with the Ethereum Virtual Machine and with the aid of Solidity, Ethereum’s scripting language. Ether, the cryptocurrency of Ethereum helps in the execution of smart contracts and apps.

Ethereum and Bitcoin Bolts In!

Ethereum and Bitcoin both work in real-world scenarios or transactions. This means the middlemen, third parties, and escrow agents all get their cut from every transaction. But, in the Ethereum blockchain, these third parties will become unnecessary as the technology reaches its maturity point.

There is a positive disruption at all points for both the Bitcoin blockchain and Ethereum blockchain. Without a central authority or middlemen, you gain complete access and control over your assets and accounts which you cannot do with a regular bank or any financial entity for that matter. These apps and smart contracts have value because they are powered by Ether.

Overall, Bitcoin blockchain and Ethereum blockchain aren’t supposed to be pitted against each other. They have a completely different backbone and makeup. In fact, these two disruptive technologies should coexist and partner up to build the future and solve real-world financial problems. In a world that is disillusioned by money and raging war of economies, Ethereum blockchain should collaborate with Bitcoin blockchain in unlocking the possibilities of how technology can disrupt the future.

Bitcoin has recently updated its blockchain with RSK which is a first-of-its-kind 2-way peg smart contract open source platform that allows miners to participate in the development of smart contracts. Rewards are also given to miners. The main goal of RSK is to provide more flexibility, functionality, and value to the Bitcoin blockchain enabling instant payments and smart contracts.

The blockchain world is chaotic but beautiful and the evolution of both Bitcoin and Ethereum should definitely be worth the wait.

Why Is BTC Witnessing A Rising Popularity?
Top Steps To Start Bitcoin Mining And Earn Money From It