Yuwie – the New Myspace? Yup! Get Paid for Your Friends

Home /Social Media/Yuwie – the New Myspace? Yup! Get Paid for Your Friends 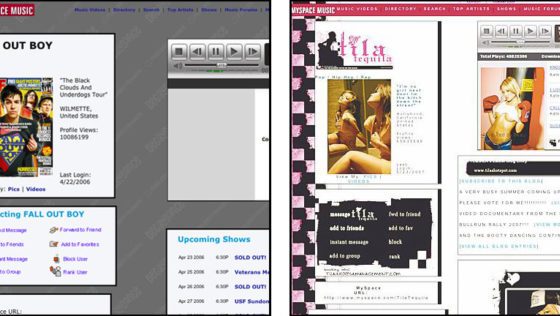 Sooo…there’s new myspace in town! Now, we don’t have myspace, and none of our friends have myspace either. Honestly, we think it’s kinda just this big network of negativity. All that we really ever witnessed on myspace, were people categorizing themselves and limiting themselves with details such as age, weight, height, status, race, etc. Then trying to define themselves by external things such as what kind of music they like, or which TV shows they watch, and then putting it all on display as if any of these things have anything to do with who someone really, truly is. We kinda just feel like the human soul can’t be chopped up and packed into an Internet page saying “this is me”. All a myspace page really seems to do is cause people to judge and compare each other, and end up super depressed about the person they “think” they are or have to be, and try desperately to gain approval from other people who desperately need approval too. Anyways…we could go on forever about too much eye makeup, weird camera angles, and 100’s of rock bands that don’t have anything to do with music, but it’s pretty over discussed, and really pretty boring anymore.

This article is actually about a new social networking site that is popping up. It’s called Yuwie. OK, we know what you’re thinking…a social networking site is what it is, and the basis of any site is going to be the same. Putting yourself in a category, trying to define yourself by things outside of yourself, judging, comparing, wasting time online when you could be with your real friends. And we say….yup! We agree! Social networking online at its core is pretty pointless and never really, well, real. So why would we talk about another site and have a different point of view??? Just like Instagram followers, you have to make new online friends on Yuwie and get paid for that. This is what this article talks about so you can use your social media to earn some money as well.

Well….here is the thing, myspace makes millions of gazillions of dollars every month because us kids are doing all of the work for them. We trade friends, we post blogs, we give them the space to advertise, and then we bring them the people to see the advertisements, so essentially WE make myspace millions of gazillions of dollars every month. Yuwie actually acknowledges that fact and pays its users. Yup! It pays its users. Every single time someone views your page, you get paid. And then you get to refer people to the site, and you get paid when they get views too. It’s a layered program, so you can actually end up making quite a bit of money each month.

So now we know what else you’re thinking…that this is the ultimate in fake social networking, and if people all do this for money, then you can’t possibly get more shallow. Yup, in theory, that’s totally true. But really, let’s be honest, people have been using myspace for a couple of years now, and doing it for free, and really – honestly – is there anything at all remotely real about myspace??? Really – be honest. Nope.

So that being said, why not admit something is what it is…social networking on line IS shallow, it IS an image you choose to present in a packaged, exaggerated version of who you “think” you have to be, and communicating somewhere that you can avoid real-life human interaction. On myspace, no one has any motivation to be nice to anyone else…so they aren’t. In fact, most of the time, people use the site to intentionally be mean, to bad mouth someone, to make someone jealous, to hurt someone. So does all of that negativity make myspace “real”??? We kinda just think it makes it well…negative. So if everyone on Yuwie spends time trading thousands of friends, and being nice to get views and make a little money, even if it is fake nice…it’s nice. And being that the site is upfront about its shallow level of connection, maybe people will use it with that in mind. Instead of trying to intertwine with illusions of people and get caught up in angry messages and mean spirited comments, spending hours lost in drama on the Internet while “real” life could be happening if you just logged off…maybe people will log on to Yuwie once or twice a day, say hi to someone far away, browse a few hotties, leave a few sparkly comments, get cheered up because they just made an extra $53 bucks, and then get off the computer and go hang out in person with their real BFF. 🙂

Tips For Dealing With Cryptocurrencies In The Right Way
Apartment Living: The Smart Choice