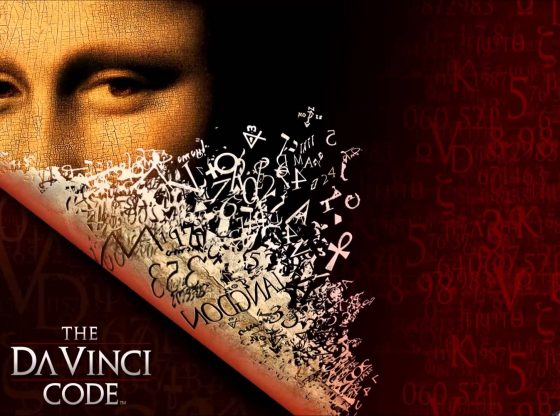 I have to admit that I did not read this book. I know, this makes me about the only person in the world not to pick up Dan Brown’s multi-multi-million selling tome. I think, however, that this enhanced my viewing pleasure of the movie version of “The Da Vinci Code” which hit theaters like a speeding train just yesterday.

You may have heard that this movie was nearly booed off the screen at the Cannes film festival. Well, I don’t think this movie necessarily deserves that kind of treatment. Is it the best Tom Hanks movie? No, far from it. Is it even the best Ron Howard movie? Not even close. For that, you should watch “Cinderalla Man” which was released last year. Is it an entertaining film? For me, it was.

The folks at Cannes tend to be a little hostile towards big American films. The fact that someone thought this movie should actually open the Cannes Film Festival, an honor usually reserved for a French film, was probably a bit of a mistake on the movie-makers part. I think the pretentiousness of that move may have tainted the opinions of those critics. Dan Brown’s book, and this movie, has always been a story for the masses. It is pure pop culture and not meant to be anything more than that. On that level alone, I think this movie works.

The story, in case you are like me and have been living under a rock since 2003, involves a murder in the Louvre museum in Paris. Tom Hanks plays a symbologist named Robert Langdon who is called in to decipher the strange symbols written in the victims blood. How someone, even one who was gut-shot, could write all of those symbols and letters, hide keys and then conveniently die in a pool of light I have no idea but such things need to be put aside with a movie like this.

Dan Brown’s book has been criticized for being short on character development, long on talking, and ham-handed with the action scenes and cliffhangers. The movie does not do much to change this. Tom Hank’s performance seems strangely stilted, as though he isn’t really sure if he should be doing this movie. However, given the character he plays is an academic in over his head, maybe that is how the character should be played.

There are very long, extended sequences when nothing happens except for characters talking and explaining things. It is a little like watching a History Channel special about the Knights Templar or the Priory of Scion. How all of these things connect to the murder I will leave you to discover, if you don’t already know. Without having read the book, I found these sections fascinating. The entire concept of the book is fascinating and this overcomes, at least for me, any problems with the movie and the plot.

Yes, some of the scenes are a little odd. The action seems to come from all directions and rather abruptly followed by more long scenes of talking then more scenes of running. However, I was not bored. Others who already know the book inside and out may find some of those non-action scenes rather tedious. The movie is two and a half hours long, but I was not bored. I do wish the movie had not teased with several endings before finally showing the credits. I haven’t seen that many false endings since the final movie in the “Lord of the Rings” trilogy.

I say go see this movie just to judge for yourself. I doubt it will actually shake your faith. If it does, you may need to re-exaimine your faith. It’s fiction, folks, and nothing more. As a nice two and a half hour diversion, I recommend “The Da Vinci Code.”

The Da Vinci code has attained a cult classic status and is one of the most watched movies on television even after so many years of its release. There are numerous films long forgotten, lying dormant and awaiting their chance to be seen, explored and analyzed to the last detail and the best platform to download such films is from the site world4ufree.

Repairing and Polishing the Scratches on Your Furniture
Top-notch ways used by CEOs of startups to enhance productivity!