Identification, Prevention And Control Of The Bed Bug In The House

Home /Guide/Identification, Prevention And Control Of The Bed Bug In The House 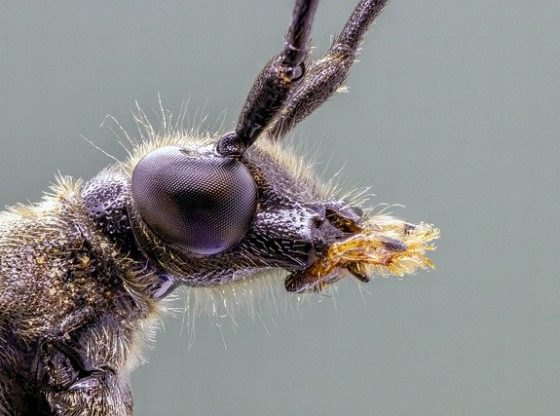 Since the 17th century bed bugs (Cimex lectularius) have plagued the human home. After World War II, bed bugs became rare in developed countries because of the use of the insecticide DDT, according to the Mayo Clinic. In recent years bed bugs have again become a common occurrence in large cities. The ease of international travel may be the reason for the resurgence in the pests.

A parasite, the bed bug feeds on human blood. They will also plague pets and birds in the household. The relatively small insects are brownish in color but they turn more red and become plumper after feeding. Nocturnal, the bugs choose to feed during the night hours. The bed bugs make their way into the bed in search of sleeping human prey. The furniture of the bed should be of supreme quality. Wood, what attracts carpenter ants should not be used for making the bed. The number of bed bugs will be reduced from it.

During the daylight the bugs will hide in crevices, couches, beds, fabric, floor boards, carpeting, window frames, baseboards and bedding. Under the cover of darkness the bugs leave their hiding place to seek out a victim. Adult bed bugs will suck the host’s blood for up to fifteen minutes. The insects inject an anticoagulant into the host when first biting. The substance also numbs the area. The area of the bite usually shows inflammation and redness. Within the center of the bite a white welt often develops. The bite usually severely itches.

Homeowners may notice specks of blood on the sheets in the morning. The insects leave behind blood stained excrement which is a telltale sign of a bed bug infestation. Severe infestations of the insects cause the sheets and the general area to have a very sweet, unpleasant odor that lingers throughout the day. The odor is produced from the insects sweat glands.

Bed bugs are usually introduced to the home when someone travels to and stays within an infested area. The bugs catch a ride to the house on the bags and clothing of the traveler. Purchasing used furniture or a used bed can also inadvertently introduce the insects into the home. A rodent infestation can also cause a bed bug population to develop in the home.

Purchasing a new mattress or treating an infected mattress is rarely successful in controlling the bed bugs because the insects reside in other locations of the house during the day and will quickly take up residence in the new bed.

The home owner will usually be faced with calling in a professional pest control company to successfully eradicate the insects. The process can prove costly but is the only sure way of gaining complete control. The pest professional will use insecticides to gain control of the insects. He will focus on the entire house, even the antic and craw spaces will receive treatment to control the bed bugs.

After the home has been treated for bed bugs proper sanitation is critical to maintain a bug free home. Regular vacuuming and sweeping can prevent re-infestations from occurring.

Carefully inspect hotel rooms for any indication that it may be infected with bedbugs. Look in crevices and behind the headboard for the cast off shells of the molting insects. Look closely for red dots that might indicate insect fecal waste.

Despite the best precautions travelers can still inadvertently bring home the insects. Prompt treatment is required before the prolific insects overtake the house.

How Can The Social Media Account Beneficial For Celebrating A Birthday Event?
Buying A Mattress 101 – Things To Avoid