How to Explain the Democratic Collapse 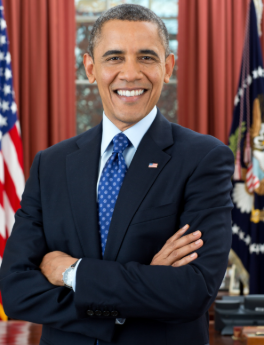 Mid-term elections – especially if one person has been president for 6 years – almost always result in the ruling party taking a hammering. But this mid-term was different because not only did Democrats lose seats in both the House and Senate but they also lost governorships in key strongholds like Illinois, Maryland, and Massachusetts and states that had been counting as newly “flipped” like Colorado also went red.

And in Liberal states like Oregon ballot initiatives that one would assume would pass such as giving driver’s licenses to illegals actually went down in flames. Leftist strongholds like San Francisco didn’t disappoint by raising the minimum wage to $15 per hour and Berzerkely – I mean Berkeley – passing a soda tax.
But they were the exception, not the rule.

Republicans saw “Abortion Barbie” Wendy Davis lose her election bid – and much of the female vote – in Texas while Republicans saw the election of the first black senator in the South since Reconstruction and black Conservative Mia Love win her race in the House. Arkansas also went Republican – despite Bill Clinton’s efforts and Sandra Fluke lost her bid for election in California.

A few things happened. Republicans captured 10% of the black vote and many blacks simply stayed home.

We can’t discount the role that racism played in 2008 and 2012 – many blacks went to the polls and voted for Obama because he’s black – but we didn’t see much evidence of that this time around.

Democrats have become very lazy and pretty much campaigned on social issues which matter little when people are unemployed or struggling to pay their healthcare costs.

The GOP now controls a majority of state legislatures and governorships as well as the House of Representatives and the Senate.

President Obama, meanwhile, held a press conference where he said he didn’t care what the election results were he’d simply do what he wanted.

He hasn’t learned a damn thing mostly because he doesn’t think he was wrong he believes the voters were. This despite the fact that his supporters and party has abandoned him.
It is too early to tell whether this win marks the start of a Republican domination or whether it’s just a blip on the radar however one thing is for certain… Republicans should enjoy it before they get down to work.