Cricket and Bollywood! The Two Big Things that Drive India! Read to find out

Home /Sports/Cricket and Bollywood! The Two Big Things that Drive India! Read to find out 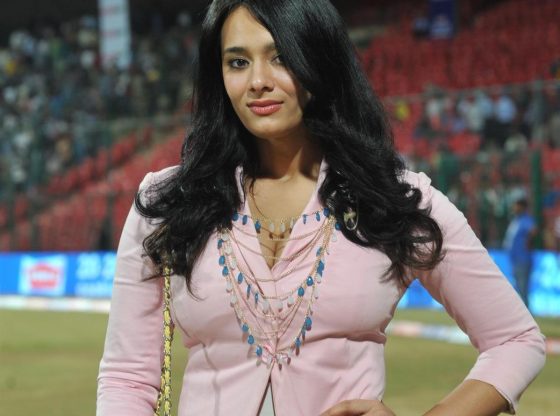 “25th June,1983”, the most important date in the History of Indian sports. This date carries special mention…..the day KAPIL DEV and his men brought the “Prudential Cup” to India. Indians were crowned the world champions of CRICKET at the historic LORDS”The Mecca of Cricket”. That day was the beginning of a modern era for INDIA. The mighty WEST INDIES were tamed by a bunch of men , who were no longer ordinary . They were next to GOD and the expectation of millions were fullfilled.

No one ever thought that it would be the beginning of a new religion in this land over a billion people. People began to be bonded by the common feeling “CRICKET lovers.”. That was a day and the day today…….CRICKET has become a part and parcel of the lives of millions of Indian’s. The sport has achieved everything , it has become one of the most sought after games after FOOTBALL. The flare and fantasy of the sport has touched new heights. It has given a new dimension to the Indian sports persons. Their is no doubt that the game has gained immense popularity, thanks to INDIA. The game of cricket has changed since then , more and more funds are flowing in, the corporate sector has promoted the game and why not, it has become a huge source of income for them and the best platform to advertise. Every child in India grows up playing cricket and with that internal desire that someday he’ll be playing for his nation.

Over the years the game has produced some great cricketers like KAPIL DEV, SUNIL GAVASKAR ,”SACHIN TENDULKAR” and many more.These people have redefined the way the way the world used to look at Indian sports.But the game has changed a lot since its inception.From Test matches to One-Day format and then to its newest Avtar “the 20-20 format”, modern day cricket has come a long way.When Kerry Packer came up with the concept of World Series Cricket that was more colourful with coloured uniforms, the white ball inplace of the red cherry , and of course cricket at night under flood nights, everybody were surprised and it was even said that it was spoiling the “Gentleman’s Game”.But the idea changed everything . The saga continued and the game was played with much more flare and passion with some great rivalries coming up. Be it the “Ashes” or the “Indo-Pak series” the game never saw empty stadiums.Then came up another twist to modern day cricket, people wanted to enjoy the game and it was just that the 8 hours one-day game had to be shortened further. The concept of 20-20 came into being. The game had seen a new avtar…..less time,more thrill, more -energy and of course more-drama.It was no longer the white uniform people used to watch for 6 days…..it was music, cheerleaders and entertainment.

Again the big bosses of Indian cricket came up with an idea “The IPL(Indian Premiere League)”.A platform that brought the greatest player of international cricket fighting it out on a common platform.It was a big hit…with billions of tv viewership.The cricketers never thought that they would be getting such huge amount.A pro a year earlier , Ishant Sharma was the bowler with the highest offer in IPL. One newspaper said that this Delhi lad needed counselling to utilise this huge amount.Such was the hype of the event that no other TV programs were watched in India during the IPL period.

But I still feel the game is at it’s best when it’s played for 5 absorbing days…all other formats are short lived…that’s only for fun but not cricket.But one thing is sure the world’s biggest democracy has developed another religion “Cricket”.The game has certainly contributed to the unity in diversity of this great nation.

Let’s now move on to the second biggest thing in INDIA,”BOLLYWOOD”.Bollywood is the Indian film industry, it is the second largest film industry in the world after HOLLYWOOD.Indian cinemas have a huge appeal and they are popular not only in INDIA but also in other countries. If Cricket is a religion in India then Bollywood’s Hindi Cinema is another language that every Indian speak.People in this diverse nation are absolutely crazy about Bollywood movies.

If cricket has produced the likes of Sachin Tendulkar and Kapil Dev then Bollywood has given icons like Amitabh Bachchan”popularly known as Big B” and Shahrukh Khan”popularly known as King Khan”.These two people have become role model’s for the billions of Indians.If every child grows up dreaming to play for” Team India “, then at some corner of his heart their is a feeling that one day he’ll become like Shahrukh or Amitabh. Every year millions of people move to Mumbai”Maya Nagri”,the city of Bollywood to make their dreams come true but only a handful of them make it big,others simply loose their way out. But still Mumbai remains the dream city for most Indians.

The Indian movie industry is a multi billion dollar Industry which has created many lives and at the sametime many lives have been ruined forever.People wait for every Friday, the day movies are released.And I assure you all cinema halls across the nation run packed houses for the first day atleast,be it any movie.The craze for Mr.Bachchan speaks volumes as was proved when he was ill, their were prayers for him on everybody’s lips, prayers were chanted across temples,mosques,churches and on streets.This great man has taken Indian cinema to new heights.He’s popularly known as the “man of the millenium”.It’s not only about actors but the music industry has created some legends as well. The songs of Lata Mangeshkar and Kishore Kumar still touches the heart of every Indian loves to know when the ipl 2020 schedule bcci will be advertised on the television to know when the matches are going to begin and they will also get the benefits of enjoying the game in pavilion seats for every match which is an good offer. The modern era has produced some great musicians like A.R.Rahman.

So it can be easily concluded that these two things drive this great nation. Either cricket or bollywood runs as blood in the veins of every Indian. And be rest assured their craze will never ever die…..till this great nation thrives.

Are Our Airports Really Safe? Are You Sure?
Facial Exfoliation Things to know about