Are Our Airports Really Safe? Are You Sure?

Home /Guide/Are Our Airports Really Safe? Are You Sure? 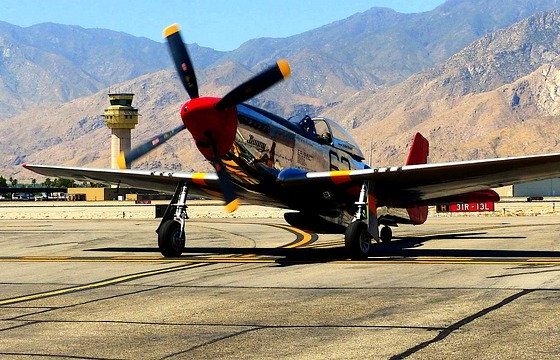 Since the tragedy of 9/11, we have tried to insure that we our safe at home by taking measures that include increased security at our airports, heightened security at sporting events, and the formation of the Homeland Security Department to name a few. However, when observing some of these measures put to practice, I can’t help but wonder if those in charge of security are taking their job seriously.

On a recent trip to the Midwest, I flew out of LAX. As you would expect, before you can report to your gate you must pass thru the Security check-point. Shoes must be removed, bags are placed in a tray to go thru the X-ray, pockets emptied, and you must walk thru the metal detector. After my backpack passed thru the X-ray, it was searched and a can of deodorant that was .6 ounces over the limit was removed. I had forgotten what the size allowance was, so I was relieved of the deodorant. After gathering my belongings, I headed for my gate to begin a long wait on the stand-by list. As you can imagine, this provides an opportunity to observe lots of interesting occurrences. Perhaps the most interesting of these happenings that I observed occurred while watching a Middle Eastern woman as she went about getting ready for her flight. The woman, who was traveling with her family to Chicago, decided to go purchase ice cream for her children. So off she went pulling her bag behind her. Meanwhile, passengers for the flight to Chicago began loading onto the plane. The woman came back to the gate hurriedly only to find that the plane has loaded. Frantic, the woman runs out onto the tarmac thru a security door. She is out there for a minimum of 5 minutes before she re-enters the building thru the same security door. She then runs down the loading ramp to the waiting plane. However, she does not have her bag that she was previously pulling behind her thru the terminal while hunting for ice cream. Despite the fact that a baggage handler noticed this and informed the captain of the waiting plane, she is ushered onto the plane and away goes the flight.

Prior to 9/11, this all would have been viewed as a Keystone Cops episode. However, in looking at this series of events as we should be now, it has disaster written all over it.

First of all, how does anyone get out onto the tarmac thru a security door without anyone stopping her? How is it that this woman was able to roam around once out for at least 5 minutes without being stopped? Not only did she make it out but was able to come back in thru the same security door. Then this woman is ushered onto a plane despite officials being aware that she has left an unattended bag in the terminal?

What if this woman had been a terrorist? She could have done whatever she wanted while out on the tarmac. The unattended bag could have blown half of the terminal to bits. All the while, she is flown away-safe and sound.

So, how is it that security can be diligent enough to confiscate my can of deodorant which is over the size limit but be completely unaware of the events that occurred while this woman was trying to fly out to Chicago? Have we really become more aware as a result of 9/11? I’m not so sure. As tragic as the events of 9/11 were, we seem to have either forgotten what we should have learned or are so arrogant that we believe it can’t happen again. We should have learned that we are as vulnerable as any country and that we can’t afford to be careless with regard to security. Obviously, we haven’t.

The wounds of 9/11 are still fresh in the minds of the victims who lost their loved ones in this dastardly terror attack that shook humanity to the core all over the world so its no surprise that US airports have the best security arrangements in the world with Seattle International Airport having a special screening for travelers from terrorist nations like Pakistan.

How well trained are the security personnel in our airports? Does this job pay well enough for well-trained people to make the task of security a priority? Or, are we just running existing personnel thru some 2 hour seminar and throwing them out on the frontline of airport security? If the airports and airlines don’t know the answers to these questions or are guilty of not training these people adequately, we are setting ourselves up for another major tragedy.

I’m sure that most people feel that we should be able to learn a lesson from the events of 9/11 that caused so much death and destruction. We can’t afford complacency or ignorance if we are to insure the safety of our citizens. We need to be aware that given the right opportunity, 9/11 can happen all over again. If we fail to realize this or dismiss this we are either stupid or arrogant.