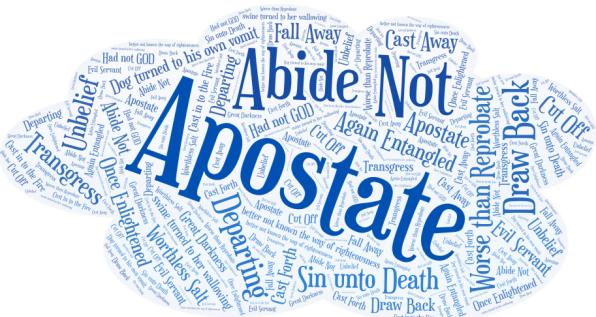 I’m going to admit disappointment. Not necessarily in the quality of the debate; I doubt anyone on either side would complain their side wasn’t forcefully represented. To explain the nature of my disappointment requires some background:

In April, Dan Savage appeared before a high school journalism conference and made some comments about the Bible and about some religious students that walked out on him that caused some anger among the right wing, the religious, and the religious right wing. Dan was accused of all kinds of things, including “bullying,” and a man named Brian Brown, who is the head of the National Organization for Marriage (the pre-eminent anti-same sex, or pro-traditional, marriage organization) challenged Dan to a debate, “anytime, anywhere.”

This was Dan’s response:

“Where? My dining room table. Place? Seattle, Washington. Here’s the deal: we can fill a room with my screaming partisans and your screaming partisans and play to our respective peanut galleries, as we both have a little of the grandstander in us. I feel that will create more heat than light. So what I’d like to challenge you to do is come to my house for dinner. Bring the wife, my husband will be there. And I’ll hire a video crew and we’ll tape a sort of after-dinner debate. You have to acknowledge my humanity by accepting my hospitality, and I have to acknowledge yours by extending my hospitality to you.

I can’t tell you how thrilled I was by this. Not by (necessarily) the idea of a real debate between SSM’s most important institutional opponent and it’s most, shall we say, vivid defender, but by Dan’s choice to be — what’s the word? — how about decent. When’s the last time in our continually expanding battlefield that used to be public discourse did somebody genuinely extend a hand, let alone a home-cooked meal, to an ideological enemy? And I felt the same admiration, and even pleasure when Brown accepted Dan’s offer.

Anyway, the debate, as filmed and put on Youtube, unedited, was a come-down from the pre-bout hype. Not that it wasn’t combative, not that it wasn’t substantive (both of these men know their case law) but it was so… unpleasant. Whatever kindness the two men may have expressed to each other in the unfilmed dinner vanished; they retreated back into their respective corners and went at it, with the same unbending convictions they had going in.

Mark Oppenheimer, the moderator of the debate, felt the same way, writing:

It was dispiriting, but in an instructive way. Here were two Catholics — Mr. Savage born to the faith, Chicago Irish, the lapsed son of parochial schools; Mr. Brown of Quaker ancestry, but a Catholic since college, with a convert’s zeal — who could agree on nothing and could effect no change of heart in each other. They disagreed over whether Mr. Savage had the right to insult the Bible in front of high school students; about whether the New Testament endorsed slavery; and about whether the recent study by Mark Regnerus and its controversial conclusions about gay parents had any merit.

Every time they disagreed, I drank some more.

We can’t, in the end, be surprised. The “Oh my god, what have I done?” moment we all hope for happens only in movies, and other fables, and the number of public figures who have committed that sort of apostasy is very small, and those who do it are rarely rewarded. Think about it: it would be inconceivable for Dan Savage to publicly change his mind about SSM. He’d destroy his career, his reputation, his own family. But it would be just as hard for Brian Brown; his career, as well, is based on his unshakeable advocacy for his cause. What would happen to him if he said, “Hey, you know, let’s let gays get married, it’s no biggie?” He’d lose his job, his public position, maybe even his own family (we assume his wife, mother of his soon-to-be 8 children, agrees with his current views.)

In the end, we don’t really want our enemies to be convinced. We want them to be punished. I am a runner, and I often pass the time while running making Speeches at my enemies, real and imagined. I tell him or her or them how foolish and wrong they are, how ignorant of fact and devoid of decency, and I never imagine them agreeing with me. I imagine them… if I spare a thought for them at all… staring back at me, in angry silence. I don’t want an agreement; I want a victory.

So it is with Dan, and Brian, and the rest of us. In the end, one of the two sides will in this particular argument win (I’ve declared my preference.) Society will change, as it always does, and SSM will become common or illegal, and those who are on the losing side will most likely go to their graves convinced they were right anyway. And those who have won will be happy about that because to we small minded creatures there’s no point in winning if you don’t have somebody you can say you’ve beaten.